Art, a tangled web of delight, destruction and propaganda

What has a beautiful Venetian painting (1523), a constellation,

the planet Venus, a 20th Century car model and the 2020 pandemic have in common? 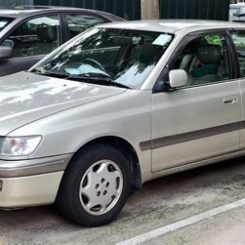 The answer is not to be found in the brushstrokes, the stars, planet’s surface, nor the man-augmented virus,  nor even in the hum of an engine; for they are the exoteric proclamations and celebrations of the luciferian elite (the 1% of the 1% who rule the earth).

To answer this question, one first needs to know that what we see is exoteric symbols of esoteric Luciferian worship. To understand the esoteric, we must look past what we see with our eyes; we need to dig much deeper.

Like all things elite, we need to go way back to ancient history, back to ancient mystery religions of Egypt and Babylon and Pagan Rome. With the end of the Pagan Roman Empire the elite plans took a big hit, but know this, their plans were not destroyed. Pagan Rome rose like a phoenix from the ashes of its decline, re-branding herself – Papal Rome. Baggage intact Papal Rome is exoterically (outwardly) Christian, but esoterically (inwardly) the same old pagan Roman religion of Mithraism.

‘It has often been charged…that Catholicism is overlaid with many pagan incrustations. Catholicism is ready to accept that accusation – and even make it her boast…The great god Pan is not really dead, he is baptised.’ The Story of American Catholicism, P.37

Mithraism is worship of the Sun. All the ancient Greek, Roman, Babylonian gods, deities are sun worship gods, with Zeus the head god.

There are only two streams of religion on this earth. Either a person is a Sun worshipper (this includes atheists) or s/he is a Son worshipper (exclusively Biblical Christianity that the elites hate and want everybody to reject, blaming it for all the evils on the planet).

Vatican belief is the platform on which to understand how the painting, Solar system planets, car and virus pivot.

‘…The only way Satan could stop this thrust [daily converts to Christ] was to create a counterfeit “Christian” religion to destroy the work of God. The solution was in Rome. Their religion had come from Ancient Babylon and all it needed was a face lift. This didn’t happen overnight but began in the writing of the ‘early church fathers’…It was through their writings that a new religion would take shape. The Statue of Jupiter in Rome was eventually called St Peter and the Statue of Venus was changed to the Virgin Mary. The site chosen for its headquarters was on one of the seven hills called Vaticanus, the place of the divining serpent where the satanic temple of Janus stood… “The great counterfeit religion was Roman Catholicism called ‘Mystery Babylon the Great, the Mother of Harlots and Abominations of the Earth’. Revelation 17:5…’ Alberto Rivera, ex-Jesuit Roman Catholic Priest, converted to Christianity, poisoned to death for breaking the Jesuit oath. Excerpt from ‘The Prophet.’

Second question – how could a church, albeit an occult one, gain power to subvert the peoples of the world? How could the Pope, who claims his worth higher than Jesus Christ of Nazareth by calling himself The Vicar of Christ, decree his ownership of every soul on the earth? How does he get his power? Through what governmental body does he gain supremacy?

Answer – through the organisation owned by him, dedicated to him, answerable to him – The United Nations. More particularly its working arm, the United Nations Education and Cultural Organisation (UNESCO). UNESCO was founded in 1945 by the occultist, sun worshipper, Maurice Strong; and by individuals like Robert Muller and others, driving agendas forward. UNESCO is  an organisation fraught with pedophilia activities. 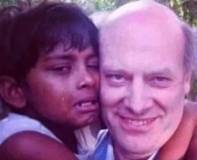 The elites always use names of ancient gods to name models of cars, the Planets and in the medical field. The 2020 Corona Pandemic hails from the ancient Mystery Religion myth that many Renaissance and Baroque artists such as Titian often painted; often commissioned by the Vatican as part of the Counter Reformation against Protestant Christians. Titian’s 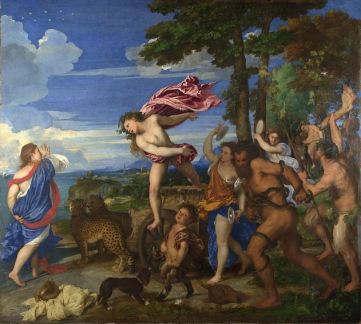 oil painting Bacchus and Ariadne 1522 -1523 (left) is one of a cycle of mythological occult sun worship subjects commissioned by Alfonso I d’Este, Duke of Ferrara for his palace. The others in the cycle are The Feast of the Gods, The Bucchanal of the Andrians and The Worship of Venus.

Still today all classical ancient history stories are held in high esteem by the elite.

The original Corona myth of Bacchus, the wine god and Ariadne the daughter of King Minos comes from stories by the Roman poet Ovid (43 BC – 17 AD) and Catullus (84-54 BC).

Titian’s painting ‘Bacchus and Ariadne’ pictorializes the pair’s first surprise meeting on the shoreline of the Island Naxos. In the top left corner, the viewer can see Athenian Theseus sailing away having abandoned Ariadne, who he had promised to marry after slaying, with a sword, her half-brother by her mother, the Minotaur, who had a human body with a bull’s head. Minotaur lived in a labyrinth and was fed 7 girls and 7 boys from Athens annually in exchange for peace from the warring Crete king Minos.

Theseus took his opportunity to flee when Ariadne fell asleep on the shore front. When she woke, she saw the ship far away on the horizon. She was devastated, realising he did not care for her. While grieving, Bacchus with party revellers, still merry with wine, happened along.

The painting shows Bacchus’ drunken friends of maenads and stryrs carrying symbolic items significant to the Bacchus’ cult (posing in classical Greek style sculpture), all symbolising philosophical and cultural nuances. Ariadne’s sorrow is abruptly interrupted by Bacchus leaping off his Chariot. In a twinkling of an eye, Theseus is forgot as the two fall deeply in love. She believes his sweet whisper of love and faithfulness and receives a crown as a wedding gift. The crown is thrust into the heavens as a sign of his everlasting love. It is seen to this day as a constellation of stars called Corona Borealis, the Northern crown.

There is a southern constellation, Corona Australis, a barely visible constellation in the southern sky, known as “the southern crown”, in Latin. The Greeks knew it as a wreath, rather than a crown, still associated with the myth of Dionysus (Bacchus). He placed the crown in the sky after freeing his mother Semele from Hades, the god of the underworld.

But in the Corona Borealis constellation in the northern sky Ariadne is the Corona; Latin for “the northern crown or halo”, representing the crown of Ariadne.

The elites for all their manufacturing building and corporate creating, have a very small deity base in which to name and title. Whether it is the Apollo mission to the moon, or their European project, the ancient mystery gods are all they have to draw from.

This brings us on to the car industry, riddled with Luciferian adherents. Toyota is of particular interest in this blog as in the 1970s The Toyota Corona models were being driven out of car yards in most Western countries. The Toyota logo is the classic “double cross”. It is a bit of an elite insider joke (We the People are not part of it). For we are being subliminally told, that we are indeed being double crossed. I think most awake people will agree, that Bill Gates, The World Health Organisation and Big Pharma are in the game of scamming and double-crossing the plebeians, the very people who fund them. The usual ‘Eye of Lucifer’ cunningly inserted. 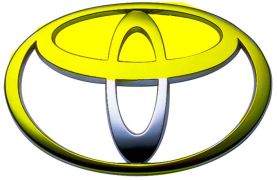 The 2020 scamdemic, plannedemic elite Virus, Coronavirus that we have established is derived from the Latin corona, meaning “crown” or “halo” is a characteristic of many of the Sun worshiping religions around the world. Haloes are a part of exoteric symbolism.

This image was scanned on a Hell CP-345 drum scanner

Like the glow around a solar corona, so the virus when viewed under a two-dimensional transmission electron microscope reminiscent of a crown due to its surface arrayed with club-shaped protein spikes. This 2020 Corona is not the first, most flu viruses are Corona; but his one was weaponized by a Laboratory, planned for by papers, documents and table exercises, announcements in comics and of course Hollywood and Netflix for over a decade (the UN or Bill Gates featuring as saviour of the world).

Elite Luciferians run the affairs of the earth and have been working night and day for centuries. The 21st Century is seeing their plans to form a One World Government before the year 2030 becoming a reality, in large part because of the United Nations treaties and conventions, corrupt Marxist Globalist governments and the dumbing down of the citizens of the world. The elites are highly religious, while making sure We the People are not. The elites have a very distinctive culture, that is slowly destroying indigenous cultures of the world. The elite are populating the world, while depopulating the plebs. 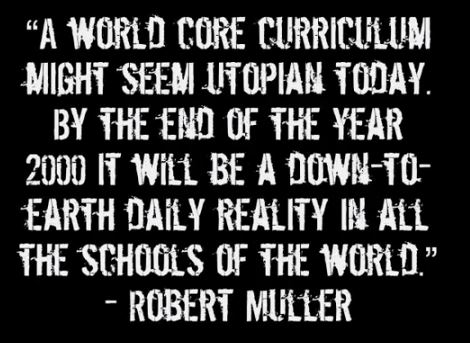 Once we could blame them, but now, as information can be retrieved more readily than any time in history, we can only blame ourselves for choosing to remain ignorant.

We Are Revolting, 2019, Author Antoinette James